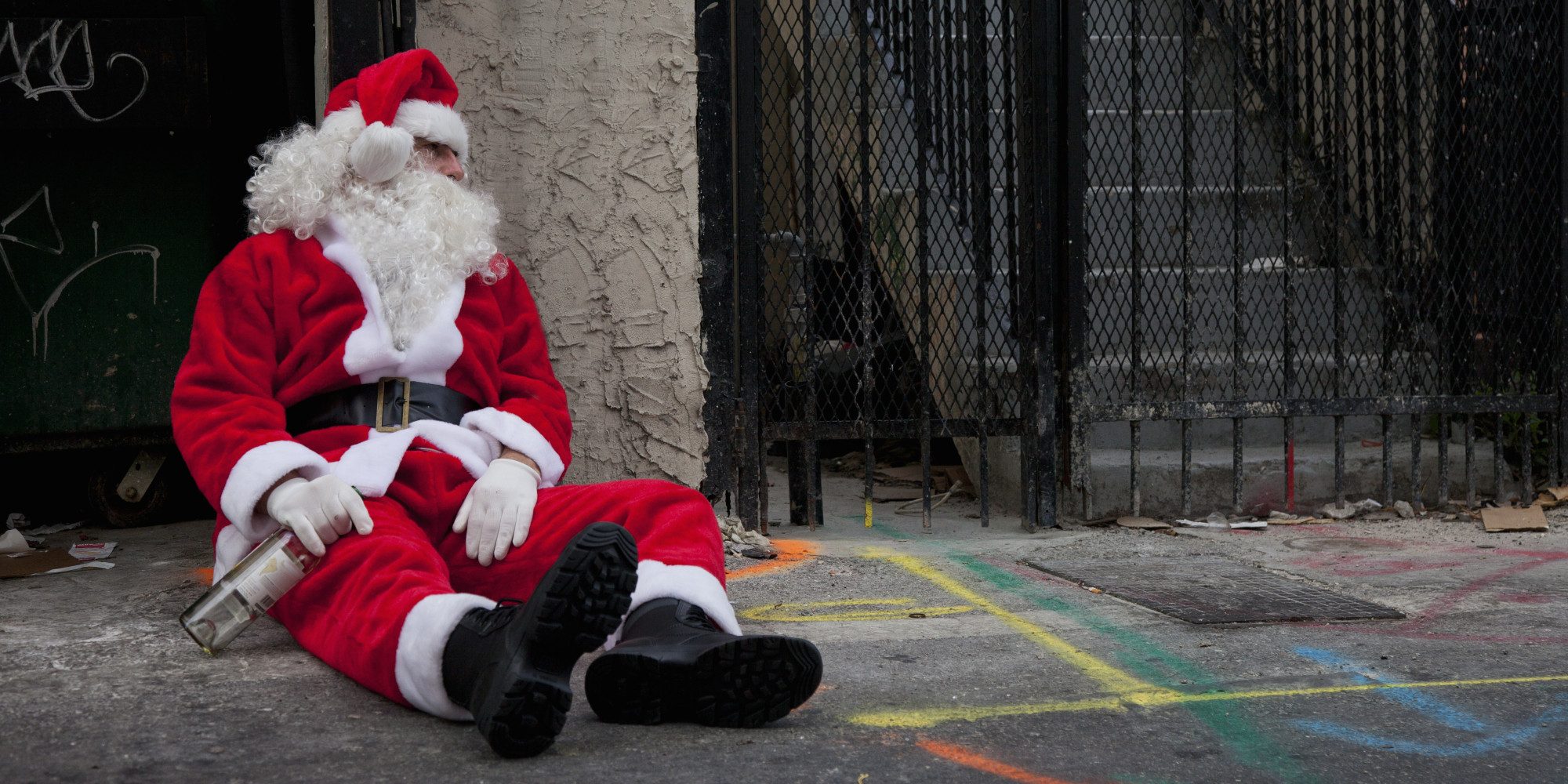 A (tongue in cheek) Twelve Days Of Christmas Drinking Guide

Let’s get one thing straight: I am not a fan of Christmas. I am basically the Grinch. Bah humbug, merry kiss my arse and all that.

I put my ill-feelings towards this season down to a 15-odd-year frontline hospitality career, dealing with one office party after another. For me, Christmas Day was a tiny chance to recover (if I was lucky) before Hospo Nightmare Number Two: New Year’s Eve.

But however you feel about it, now that we’re down to the final 12 Days of Christmas, I say we all need some of “Santa’s Little Helper” to get us through the chaos, overly exuberant cheer (seriously, how are people that damn cheerful?) and, of course, to help you deal with that office douchebag.

Here’s my 12 Days of Christmas drinking guide to get you through the final days of the “festive” season.

December 14th
Melbourne’s hot weather has done a sterling job of distracting you from the fact Christmas is under two weeks away. But don’t fight it; embrace it. Head to Bar Liberty‘s Drinkwell and order a bag of Patrick Sullivan’s Rosé.

It’s pink for goodness’ sake. Not even you can drink it in bad mood.

December 15th
It’s the second-last Friday of work for the year, and your last opportunity to get a few things done before the Christmas party onslaught hits. Celebrate by taking your favourite customer or client out for a light lunch. A bit of chargrilled octopus drizzled with lemon and a glass of foine white woine might do the trick.

Try a little Greek number. It will remind you of where you’d rather be,

December 16th
The penultimate Saturday night before the big day means it’s likely your final chance for a Tinder date. So go on, buy that bottle of Pinot Noir (we recommend the Moondarra) — everyone knows Pinot makes you sexy. But don’t go too crazy on the dollars. Next time you catch up it’ll be 2018 and with that new year will come a “new me” mentality. She’ll either not be drinking, or be ready to swipe on.

December 17th
There is a flurry of activity around town and most responsible people are finishing off their Christmas shopping. But you’re not most people, so instead you avoid the crowds and head to the pub in search of the one thing that will never disappoint you: Beer.

And gee, the Sample Brew you picked is good. Don’t worry about your Christmas shopping for the moment. You’ll get it done during the week when it’s less crowded. For sure you will.

December 18th
There’s a week until Christmas and that friend who holds your group of mates together has decided tonight is the night you all have to catch up for a festive drink. An early-evening picnic has been dictated, so you’re going to need a couple of tinnies. But you don’t want beer — this calls for something stronger. Head to Meatsmith and pick up a couple of Continental Deli’s Martinnies. Genius.

December 19th
The office Christmas party. But before you can get stuck into the overpriced function wine at lunch, the self-appointed Culture Captain of the office has put together a bunch of activities all in the name of team building. Thankfully you snuck in a little hand grenade in the form of a 500ml bottle of Brian to make it bearable.

December 20th
Item number one on today’s agenda: Get an Aperol Spritz immediately, otherwise your hangover from last night’s staff party may literally kill you. This “adult Fanta” is the perfect morning elixir and will go a long way to getting the taste of regret out of your mouth. If anyone questions you in the office, remind them that IT’S JUST A SPRITZ and technically doesn’t count as alcohol.

And, god, why do your hamstrings hurt so much? Oh, that’s right. You got a little excited doing an impassioned rendition of Queen’s ‘Don’t Stop Me Now’ at that underground karaoke bar at 3am. Nice work, champ.

December 21st
In the cold hard light of Thursday, the Christmas party hangover fog is finally retreating. Your memory is beginning to come back and judging by the looks you’re getting around the office, most of theirs have come back too. Oh dear.

Your best move is to grab your credit card and head straight to Blackhearts & Sparrows as it’s time to repent. And what better way to say “Sorry, I got drunk and nude at the staff party” is to buy a bottle of Champagne to share with the team.

December 22nd
Yay! It’s Kris Kringle day at work and Barry from Accounts drew you. Despite you having no idea who he actually is, he saw on Instagram that you liked wine so bought a bottle of Sparkling Shiraz in an attempt to bond and find common ground.

But as a self-respecting ‘foodie’, you know sparkling red is gross and while you’d normally re-gift it to that family member who voted ‘no’, on closer inspection Bazza (as you now call him) actually nailed it and got you a bottle of Chalmers Lambrusco. Nice one.

December 23rd
The year is pretty much over so you and a few other like-minded souls decide on a cheeky mid-afternoon Negroni. The inspired alchemy of Campari, gin and vermouth makes for the perfect tipple to get you through the final couple of days. It’s also a timely reminder that you need to restock the bar at home, so you pick up a bottle each of Four Pillars Gin, Okar (an Australian-made amaro, aka Campari equivalent), and Maidenii vermouth on your way.

December 24th
Crap. It’s the day before Christmas and you haven’t done any shopping. Again. For the fifth year in a row.

You’re going to need a generous measure of Starward whisky and you’re going to need it immediately, as it’s the only way to deal with the hell that is Chadstone Shopping Centre. Why on earth do you do this every year? I mean seriously, here you are again in the middle of suburbia buying scented candles and satin boxer shorts as it’s all you can think of to buy right now.

December 25th
And so the big day arrives. Not with sleigh bells and carols, but with the very loud beeping of your alarm. There is only one way to get through today. Drink Champagne and not in moderation.

It’s going to be a long day and despite your initial grumpiness, you literally cannot drink Champagne and stay that way. It’s impossible. It’s bubbly, vibrant, refreshing and will add a citrus kick to those prawns and oysters you stood an hour in line for at the market yesterday.

Suddenly, everything feels better. You know, maybe this Christmas thing isn’t so bad after all. You’re surrounded by not only your family, but your friends, too.

So make that bottle a magnum. Because magnums show commitment.

© 2021 We are REVEL. REVEL.global is a registered Trade Mark.