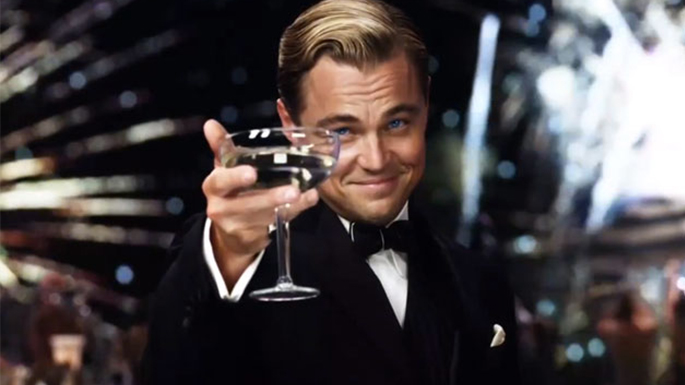 DRINKING TO THE OSCARS

It’s awards season in Tinseltown, and we have not been disappointed by the dramahhhh. So far, Three Billboards Outside Ebbing, Missouri cleaned up the Golden Globes, the Annual Critics’ Choice and the SAG Awards. Oprah delivered an acceptance speech that had the world begging her to run for president. The KWEENS of Hollywood wore black in solidarity to victims of sexual harassment and assault. And Mariah Carey accidentally stole Meryl Streep’s seat.

With a few nights still left of the 2018 season, drama is as guaranteed as red carpet. But there’s only one that we’ll really be paying attention to. Hollywood’s night of nights, the big one, the 90th Academy Awards… aka The Oscars.

Whether you’re a genuine fan or a hate-watcher, we’ve made like sommeliers to the stars and put together a drinks list for the evening. If only to distract you from the inevitable “Thank you, God,” speeches….

Best Short Film
A half bottle of something. We’d go Champagne, because #oscars.

Best Music
A Martini, shaken not stirred, is the standard here (always), but this year it has to be whisky served in your favourite limited-edition replica tumblers that Jim Beam made especially for the original Bladerunner that you bought on eBay because it’s the Greatest. Movie. Ever. Period.*

Or Jawa juice. But no one knows WTF that is anyway.

*Anna’s editor note; Dan actually believes this and does own said glasses. #nerdalert

Best Visual Effects
A ridiculously complex cocktail mixed by your local fabulous mixologist. It’ll be impressive, fancy, full of flare, smoke and maybe even a mirror. Hopefully, it’ll taste good but after waiting 15 minutes for them to make this masterpiece you’ll wish you just ordered a gin and tonic.

Best Writing
This must be a wine a sommelier has written up on their wine list in an attempt to showcase their incredible vinous vocabulary. Preferably a wine that “juxtaposes the complex matrix of thyols with a… blah blah blah why are you still talking I just don’t care …”

But honestly, just take a punt on a wine you’ve never heard of, nor can pronounce, as honestly, it doesn’t matter. You’re going to forget what it was the minute you finish it anyway.

Best Picture
Walk into the wine store and buy the wine with the prettiest wine label. We’ve all done it – this is the time to embrace it.

And heck, at this stage of the night, the label will probably be the only thing you remember anyway.

Best Actress
While the academy of old white men may suggest something aromatic, pretty, perfumed, delicate and perfectly poised, forget that shit and grab something bold, robust with a solid dose of sass. AMIRITE, SISTAS?!

Best Actor
For this Oscar vintage, it should be something shy and retiring, definitely reserved and with a quiet humility. Very. Quiet.

Or, perhaps, insist on something with a lack of back bone, bitter aftertaste and a touch of regret.